The main repository for this software is at https://gitlab.com/beardog/onionr/

Note that this README reflects the state of the rewrite, and not the original alpha network

At the core, Onionr is an anonymous Distributed Hash Table (DHT) syncing prepackaged blocks using a simple Gossip protocol with Dandelion++ as an overlay network on top of Tor and I2P.

Onionr stores data in independent packages referred to as 'blocks'. The blocks are distributed to all nodes, but are not required to be stored. Blocks and user IDs cannot be easily proven to have been created by a particular user. Even if Dandelion++ is defeated and there is enough evidence to believe that a specific node is linked to a block's creation, nodes still operate behind Tor or I2P and as such cannot be trivially unmasked. Anonymity is achieved by a stateless network, with no given indication of what node a block originates from. In fact, since one is not required to participate in routing or storage to insert a message, blocks often do not originate from any identifiable node, similar to how Bitcoin transactions do not necessarily originate from a wallet directly associated with a node.

Onionr works via epidemic/gossip style routing, with message delivery taking roughly logC(N) cycles where C is the number of nodes to send a message to each cycle and N is the number of connected nodes. So a network of 100 million nodes can deliver messages in a few minutes even with high packet loss and malfunctioning nodes.

Through Dandelion++ message forwarding and key privacy, it is intended to be nigh impossible to discover the identity of a message creator or recipient. Via long-term traffic analysis, a well funded adversary may discover the most probable node(s) to be creating a set of related blocks, however doing so would only lead them to a node behind Tor. As the first node that a block appears on is almost always not the creator of the block, there is plausible deniability regarding the true creator of the block.

Since Onionr is technically just a data format, any routing scheme can technically be used to pass messages.

Require-hashes is suggested for supply-chain security but is optional. The hashes are not correct for ARM machines. If you are just running a node or want a bare-bones install you can use requirements-base-x86.txt and selectively install the requirements.txt files in static-data/official-plugins/ subdirectories 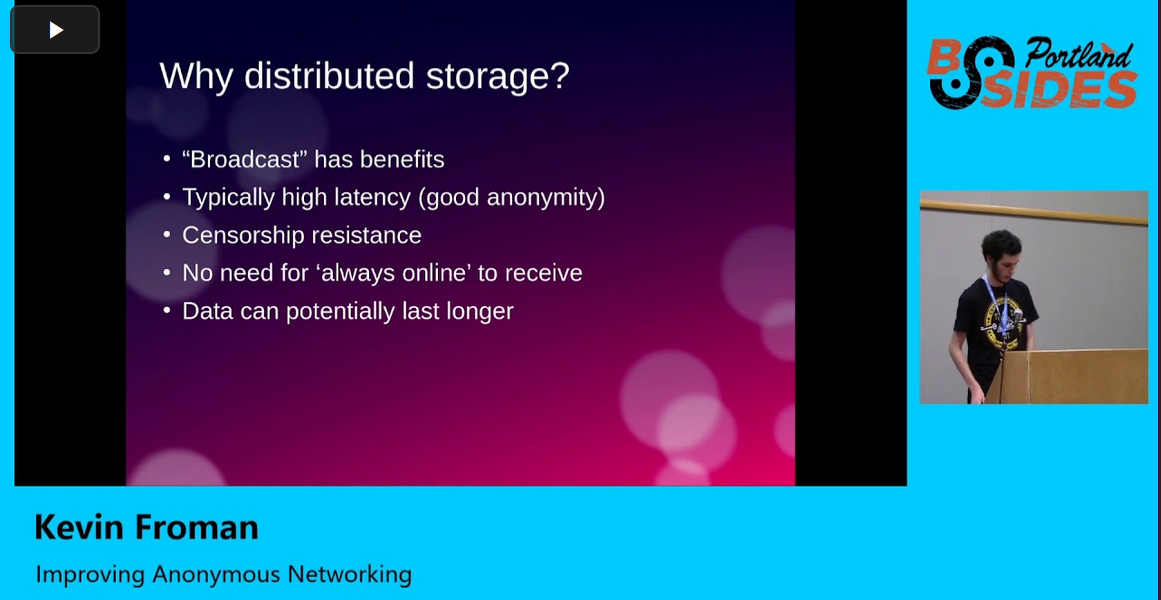