Onionr ("Onion Relay") is a decentralized, peer-to-peer communication network, designed to be anonymous and resistant to (meta)data analysis, spam, and corruption. 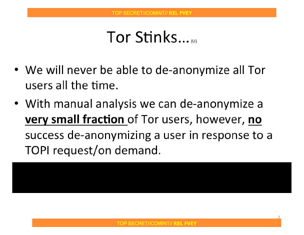